The Reality of Diabetes Reversal

14 November 2019
The conversation around diabetes reversal has increased, and when researching diabetes there are numerous states to this claim, but how realistic is it? 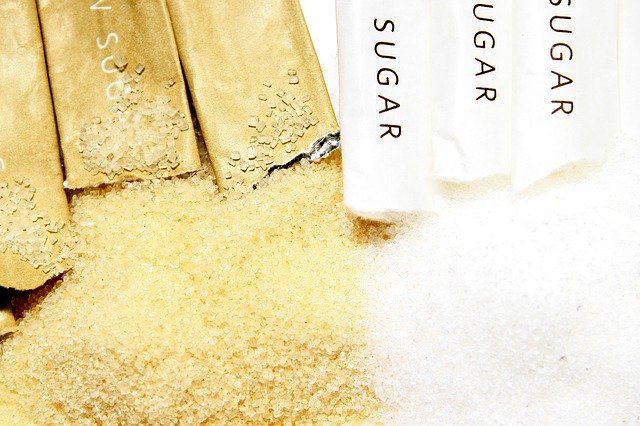 Sadly, diabetes affects a huge number of people worldwide and is responsible for blindness, kidney disease, limb amputation and death. WHO estimates that diabetes was the seventh leading cause of death in 2016[1] and 422 million adults currently live with diabetes (1 out of every 11 people). There is no cure for the disease currently, however research teams across the globe work tirelessly to better understand, treat and one day cure the various types of diabetes that are responsible for these shocking statistics.

The conversation around diabetes reversal has increased, and when researching diabetes there are countless articles stating this claim, but how realistic is it? To address this we need to look at the various types of diabetes and also how we’re defining the term “reversal” to better understand the reality of the current situation.

People with type 1 diabetes can’t make insulin as the cells responsible for producing these cells (beta cells) are destroyed in the pancreas by their body’s immune system. Killer T-Cells are responsible for destroying bacteria and viruses in healthy people, but for those with type 1 diabetes they attack beta cells. Tregs (regulatory T-Cells) usually keep the killer T-Cells at bay by “turning them off”, but become outnumbered for people with type 1.

People with type 1 need daily insulin injections to make sure that blood glucose levels are maintained.

Most typically linked to old age, a family history of the disease or being overweight, type 2 diabetes occurs due to fatty accumulation in the liver (limiting its responsiveness to insulin which means that more glucose is then produced) and the pancreas (causing metabolic stress which stops ß cells from functioning).

Individuals with type 2 diabetes are encouraged to manage their weight and may also be prescribed medications like metformin which actively reduces the amount of sugar in the blood by limiting how much is produced in the liver. It also increases insulin sensitivity in muscle cells.

For those with type 1 diabetes, the amount of severe hypos (those which require the sufferer to receive help from another person) can be reduced by islet transplants. This involves extracting islet cells from the pancreas (of a deceased donor) and then implanting them into the liver.

One issue with this treatment is the widespread potential for “immune rejection” where the body sees the islets as foreign and tries to destroy them. Patients take immunosuppressant medication which (although widely available now) when islet transplants were first carried out in the 1990s, weren’t so well developed. At that time, just 8% of islet transplants were successful.

Improvements to islet transplants have been further developed within the last year: Placing islets inside microcapsules makes them less likely to be targeted by the body’s immune system. Microencapsulation requires large quantities to be administered, with the result of lots of empty caps, so researchers at the University of the Basque Country in Spain developed a system whereby empty microcaps are separated by a magnetic purification system.

Magnetic nanoparticles are added to islets and then purified, meaning that a volume reduction of 80% could be achieved, addressing the problem of a shortage of islet donors and subsequent risk of immune response[2].

Although islet transplants have the potential to be widely successful in the treatment of type 1 diabetes and their limitations are being addressed by current research, they are still not necessarily suitable for all type 1 diabetics (for example those requiring larger quantities of insulin each day or those who are overweight[3]) and the lack of donors prevents this type of treatment from positively impacting as many type 1 sufferers as it could.

Immunotherapies have been adopted as an approach to treating autoimmune conditions such as type 1 diabetes. They work by interrupting the process whereby the immune system wrongly reacts to pancreatic cells producing insulin as dangerous. It’s been suggested that immunotherapy could eventually replace insulin as the primary treatment for type 1 diabetes.

Forms of immunotherapy have different actions but each aim to stop the immune system from attacking the pancreas. Approaches include changing what killer T or B cells do, or helping to protect the pancreas when attacked.

An example treatment developed by Imcyse works by injecting a molecule which encourages the system to produce a new type of immune cell which has been engineered to kill those cells that ruin the pancreas[4].

An increasing number of scientists are suggesting that diabetes could one day be cured using stem cell therapy. Stem cells are implanted into the patient and over the course of a few months they mature into insulin producing stem cells.

Stem cells can help both type 1 and type 2 diabetics, cases have shown individuals with type 1 diabetes who have successfully received stem cell treatment to have gone for years without the need for an injection of insulin, so with further refinement a cure may be possible at some point soon. 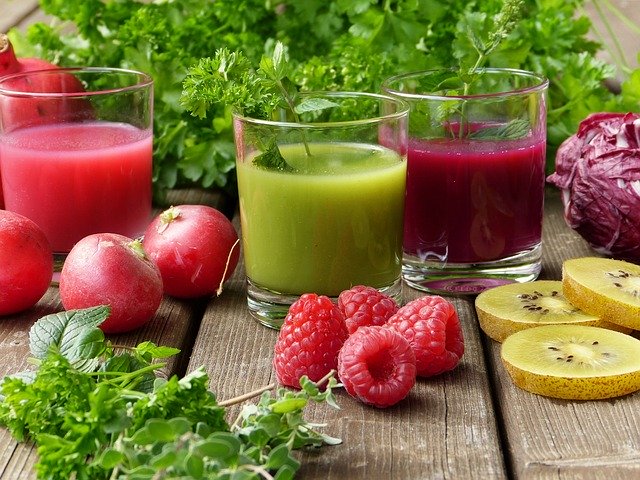 It’s been suggested by multiple studies that type 2 diabetes symptoms can be relieved through weight loss if individuals manage to keep off the weight, although the success of this is largely dependent on the severity of symptoms, length of time diabetes has been present and dependence on medication.

A Diabetes UK funded study featuring research from UK institutions including Newcastle University and the University of Glasgow showed the impact of an extremely restricted diet (around 850 calories per day) on type 2 diabetes: Diabetes remission (HbA1c below 6.5%) was achieved by 46% of the diet group and in contrast just 4% of the control group managed to achieve this.

In 12 months of following the diet, 74% of those in the diet group were not taking any diabetes medication, compared with only 18% in the control group[5].

Possibly the fairest way of describing what’s taking place in these circumstances is diabetes “remission”. By this we mean that symptoms are in check, no medication is being taken and and blood sugar levels stay in a healthy range.

This being said, a person would need to continue to manage and maintain the lifestyle changes or adapted behaviours that have relieved their symptoms. In short, if they were to, for example, gain back the weight they had lost or discontinue treatment, the type 2 diabetes would likely return. There seems to be more success if the individual has not required insulin previously and has only been suffering with diabetes for a short time.

The Keto diet, which restricts carbs significantly, including those in many fruits and vegetables and encourages intake of protein and healthy fats has shown great results in helping people to lose weight and maintain their healthy lifestyle.

Following a keto diet, which has been proven to force the body into a metabolic state of “ketosis”, meaning that it breaks down fat instead of carbohydrates could be particularly useful as a tool for sufferers of type 2 diabetes.

It has been shown to help people lose excess weight, reduce the risk of developing diabetes and improve glycemic control in people already diagnosed.

As well as managing type 2 diabetes, physical exercise is incredibly beneficial for those predisposed to developing the condition. A joint study by The American College of Sports Medicine and the American Diabetes Association demonstrated that it also: “improves blood glucose control and can prevent or delay type 2 diabetes, along with positively affecting lipids, blood pressure, cardiovascular events, mortality, and quality of life”[6].

Exercise is also important for sufferers of type 1 diabetes, as it increases insulin sensitivity and helps to prevent potential complications such as clogged arteries and heart attacks.

A more extreme method of reducing the symptoms of type 2 is bariatric (weight loss) surgery. This is generally only given to people with a very high BMI but shows great results in improving blood sugar levels. Surgeries which bypass a portion of the small intestine have demonstrated greater success in achieving and maintaining weight loss.

As with extreme diets, surgeries of this type also carry associated risks and require long term lifestyle changes to ensure effectiveness. Aside from the obvious risks of invasive operations, bariatric surgeries can also lead to nutrient deficiencies as well as osteoporosis.

It should be noted that although there are numerous ways to control, reduce and even eradicate the symptoms of diabetes, the reality is that sufferers will need to adhere to significant lifestyle changes in most cases to keep symptoms at bay, not only in terms of diet but also limiting alcohol consumption, keeping on top of mouth, eye and foot health and up to date with vaccinations[7].

Prevention is better than cure

Being aware of the likelihood of developing type 2 diabetes and preemptively acting to reduce the risk of developing the condition and associated risks to health is far easier than dealing with the consequences of it. It’s largely up to an individual to decide to take on and sustain long term lifestyle changes which will better their health.

Type 1 is more difficult to prevent, however the same sort of lifestyle changes can help to delay the onset and severity of the disease.

It’s been suggested by a study in The Lancet Diabetes and Endocrinology that there may actually be five types of diabetes – Defined by risks of specific diabetic complications such as retinopathy and diabetic kidney disease[8]. In terms of outlook and an eventual “cure”, these clarifications can only serve to better facilitate specific and targeted treatments.

Although any notion that there could be a cure for diabetes is obviously incredibly alluring it’s important to It’s been suggested by that the word “cure” may be misleading as it implies permanency. What happens is technically diabetes remission. Symptoms can disappear and individuals can even stop needing to take medication in some cases, however there is always the chance that symptoms could return.

The notion of a cure, whilst very exciting, may be slightly overeager as a definition of the prospects available for a diabetes sufferer at the present time, although the landscape is far less bleak that it once was and is only set to improve moving forward. Reworking existing methods and discovering new applications of substances are enabling potential new treatments to be developed for example A chemical found in the psychoactive ayahuasca plant has been found to regenerate pancreas cells that have been lost to diabetes[9].

Thankfully diabetes sufferers now have a wealth of available options in terms of self-managed lifestyle changes (which can significantly reduce the severity of day to day symptoms and result in long term remission), new and up and coming treatments and medication. Although the terms “cure” and “reversal” might not be totally accurate at the present moment be sure to watch this space, it could just be a matter of time.

A Ketogenic Diet and Diabetes

Can you reverse type 2 diabetes?