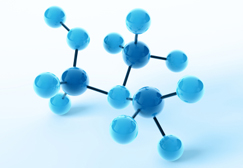 Methanol can be measured in the Industrial & Biotechnology applications.

Methanol  is usually measured in the food & beverage,  fermentation and culture control applications

Velcorin® is a registered trademark of the Bayer Corporation

A rapid high performance methanol analysis based on the direct reaction with the enzyme Alcohol Oxidase (AOD).

The Analox AM5 is a single channel methanol analyser that can be specifically configured for either application area.

Dimethyl dicarbonate hydrolyses after a few hours to breakdown products carbon dioxide and methanol. The methanol concentration is determined by enzymatic oxidation with buffered alcohol oxidase according to the equation:

Under controlled conditions, the rate of oxygen uptake from the buffer is directly proportional to methanol concentration

i) Some juices and other beverages contain a low background level of methanol which can be determined before dosage with DMDC.

ii) No sample pre-treatment is normally necessary except carbonated products which should be degassed in the normal way.

No analysers are currently available for this analyte.

If you would like to be kept informed of the work and news of Analox, please subscribe to our newsletter.